While the world is either for or against the concept of Valentine’s Day, many use the ‘commercialised’ excuse to avoid the day completely. You could just avoid the shops and still allow the day to be a date that you try to think about what you partner loves and how you can make them feel supported and respected… as well as loved.

I spent many years wishing that someone would bring me flowers but, eventually I grew my own. When I found a partner who actually sent me a dozen red roses on Valentine’s Day (special hey?!), I later saw the credit card statement where he had bought two (not so special when someone is hedging their bets.)

Many years ago, I heard that a good sex life starts in the kitchen. My take on the meaning is that, expecting someone to be instantly receptive to your needs doesn’t necessarily work if you have not been receptive to theirs, each day. If you actual ignore their needs all day long, begrudging and feeling disrespected and overworked will definitely get someone in a mood, though probably not The Mood.

The same applies to romantic moments. This might include Valentine’s Day or any other time you try to show your partner how you feel about them (or just do what you think they would like.) It is the thought that counts, after all.

It is the little things that make all the difference so, do the dishes, weed the garden, take an interest in their hobby, put down your phone and actually listen for a few dedicated minutes. Go for a walk, grab an ice-cream, hold hands, give each other a massage. The list is endless and no trip to the shop is necessarily required.

A year on: The heart-warming moment when politicians, emotionally, joined spectators in the parliament as they broke into song, on the day that Australian Parliament voted, overwhelmingly in favour, to allow all citizens equal rights to marry.

PS The singing happens about 1 min in to the video, after the politicians have finished celebrating the passing of the bill.

Those who ultimately showed their disagreement were few, and some others chose to ‘not stand in the way’ of the passing of the bill, despite their own beliefs and opinions and still others bowed to the wishes of the Australian public and voted for the bill when the time came.

As with any situation that goes to human rights, equality and personal beliefs, Australians from all walks of life have been forced to confront their own webs of belief and, in many cases, suffer interrogation from those who held/hold differing beliefs. It has been difficult and drawn out but, once Australia decided and parliament supported that decision, the song said it all. It pulled at heart-strings and brought proceedings to a momentary halt, whilst bringing some politicians to tears and most to respectful attention. An air of serenity and positivity pervaded that space.

From this day, whenever I hear this song, which has long been an anthem for our multi-cultural country; its spirit, its heart and its unity, my thoughts will include ALL Australians. Those who chose this song to mark this momentous occasion were wise beyond words for this should never have been an us-and-them debate, but a coming together of many wisdoms to resolve inequality in all forms, in ways that ring true to Australia’s lofty common values and strengths and to our compassionate and supportive soul, as a country.

I am, today, prouder to be an Australian!!

I must say that, I respect and have a deep understanding of those of all opinions and hold close those who have suffered, due to the drama and controversy that led up to the decision. I understand those who have fought long and hard for what they see as a simple right and I understand those who have deep, religious or cultural, beliefs and I understand all those between. For, we each are products of ourselves and our own interactions with this world and how we have imposed our thoughtfulness on these interactions to form our unique web of belief. In this, all have been affronted and confronted; uplifted and buoyed; dredged over and cast aside; accepted and rejected, but where our wounds were not mortal wounds, we can all now be nurtured in a more dignified and more respectful community. This is my hope!

For, knowledge and certainty are but fleeting wisps within our minds, but the street we each walk, if paved with compassion and acceptance, will lead us to a stronger and more harmonious community. Today I, who could say that I have no part to play in this discussion, have a part to play in this discussion. I did not want the responsibility to say, and some politicians were fearful of putting their name to legislation that was against their personal beliefs, but the simple question of marriage came down to, for me, one of more love and more commitment, which aligned with my hopes for a better tomorrow for our country.

I rest easy in my belief that Australia is a non-litigious country, for the most part, and that those who have fought so hard will continue to respect the opinions of others and relish the unity that the country has shown.

Now, the arena can fall silent and the quiet minds can turn to other thoughts.

For anyone who would like to hear the full song, to understand the depth of its impact:

Earth Day 2018. Jane Goodall explains her connection to the earth.

Hope everyone has a chance to feel ‘at one’ in their lives. I know I have and I yearn for it whenever I am separated from the soil, the garden, the bush, the sea, wildlife and the list goes on.

I just saw this Bug Bunny cartoon on the television. After I picked my jaw off the ground, I just had to share.

Does this make you feel like sticking to your healthy diet?

I love my worm farms and have two, happily churning away my food scraps. I have two bottomless pots in my wicking garden and feed compost worms in one then the other to encourage them to move throughout the garden doing their busy best for the soil. However, I have just found a great new worm farm that is an attractive large plant pot with a worm tower in the centre. Composta will be a welcome addition to my edible garden.

The plant pot is large and attractive and the worm tower is placed in the centre before filling the pot section with potting mix. The worms are added to the tower along with vegetable scraps. You are then ready to plant your choice of plants so that they can take advantage of the benefits of the hard working worms who will venture throughout the pot and break down your vegetable scraps and replace them with high value worm castings. The unique drainage system ensures that the worms will not be drowned in the event of rain or if you add water to the pot. You can put a container under the drain hole to collect the liquid for your garden or other pots, too.

I was quite impressed with my Composta when it arrived and the grandchildren are excite to get it started and planted out on their next visit. When I looked through the gallery on the Composta site, I had to buy another one for my beans and peas. With the addition of poles or a cone plant trainer

These would make great presents for fledgling and experience gardeners alike and the large pot will hold a good supply of herbs, flowers, strawberries, greens or whatever you decide to plant.

Ok, this is not the most frugal of ideas and many would say that they can create something similar with a little DIY inspiration, but this kit is ideal for many people who want to grow a few plants and reduce their waste a little, in an attractive and easy to manage system.

The unit comes with removable legs. I believe I will use these on my herb garden which will be outside my back door ready for the last minute dashes I inevitably do for herbs for meals. I never seem to remember until I am cooking that I needed a bit of this or a stalk of that and then it is off to the cupboard to find the torch and wander around in the back yard, visiting the garden.

I usually let most of my herbs go to seed so that I can have a supply of seeds for planting (such as lettuce, rocket and baby spinach) or for cooking (such as coriander and fennel seeds), so I will probably still plant herbs and greens elsewhere. Having a supply near the house for easy picking will be a pleasure and, when we get chickens in the very near future, will allow me to leave some garden herbs to them as payment for their digging over and de-bugging.

As for my beans, the Composta will work wonderfully sitting on my garden near fruit trees and with no need for the legs provided. The wormy goodness will be washed into the main garden to fertilise and add healthy micro-organisms around my edibles. I can’t wait!

I’ll post more personal pics as my Compostas progress and update with tips or info that I might learn along the way.

DISCLAIMER: This is merely the opinion of my humble self and BetR2 does not sell any products or have any relationship to products mentioned here.

A touching Thai ad which asks, “…and in your life? What is it you desire most?”

Enjoy the video and let me know how it makes you feel.

A huge thank you to Rainier Valley Food Bank (@rainiervalleyfb) and Bike Works (@bikeworks206) for ending their Urban Ag Bike Tour at the Beacon Food Forest. These bike tours are a great way to highlight the incredible food production sites going on here in Southeast Seattle and how these partnerships have fostered a local food system for the RVFB. We couldn't go without thanking Liz Davis (@deflorawalks ) for preparing a delicious meal for all us cyclists, using the greens from our Helix Giving Garden for the delicious salad. There is one more bike tour next month – check in with the RVFB to see if any openings are available.

Don’t we all feel a bit like this some days?

I’ll never be able to hear this song again without singing these lyrics! 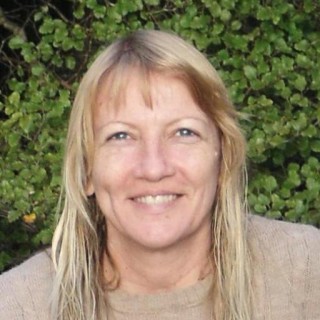 Can I help find something for you?